This author has not yet filled in any details.
So far Nisa Nashim has created 132 blog entries.

Our wonderful co-founder Laura Marks turned 60 during lockdown (she is as fabulous as ever)!

Of course, social distancing could not stop us from celebrating such an event. We were able to organise a surprise Zoom gathering, with Nisa-Nashim women from all over the country present to congratulate Laura! Between nice shared memories, laughters, uncoordinated singing and some tears too, the surprise was a success. A special thank to Sally for helping us in making this happen!

Here are some pictures from the wonderful Zoom call! And again, Happy Birthday to Laura! 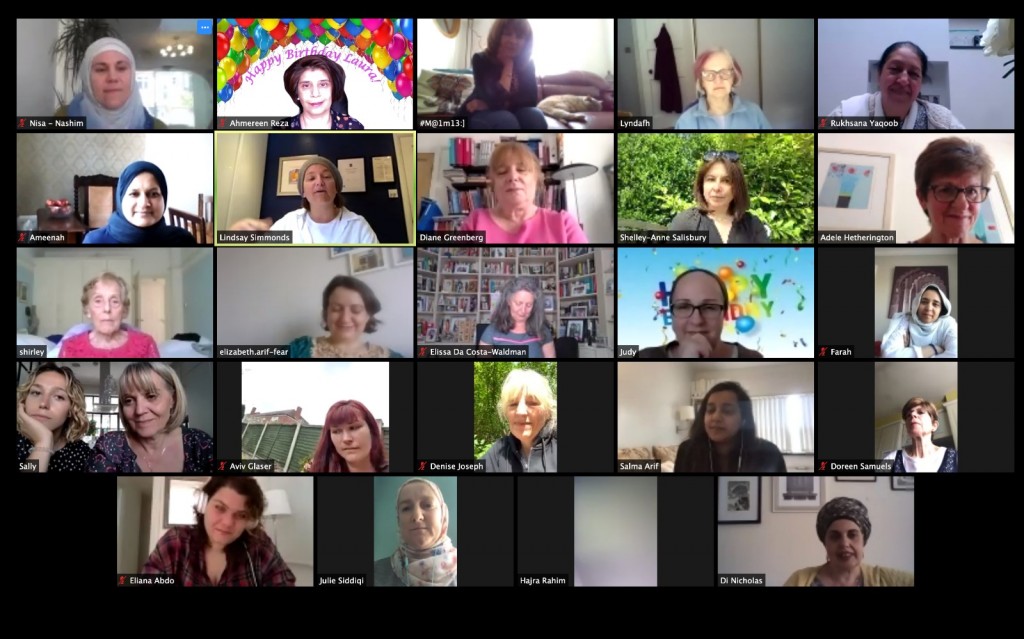 Nisa-Nashim at the time of social distancing

What have we been up too since we had to 'move' online?

Rene Cassin, a charity working to promote and protect universal human rights, organised an International Women’s Day Seder, and we were there!

It was a powerful evening, built around female-led change, exploring the Passover story and how this relates to human rights today.

Rabbi Deborah Kahn-Harris, who led the event, focused extensively on female prophets and figures within the Jewish tradition, which are often overlooked or not fully appreciated. They were presented to us as an example of the great contributions of women in the past, and as a symbol of how relevant it is to keep fighting for equal gender representation in the modern times.

Our co-founders, Julie and Laura, were two of the speakers. They introduced Nisa-Nashim and discussed what inspires them in working side by side everyday, as friends and partners who try to spread religious harmony, solidarity and positive change.

If you want to read more about Renè Cassin and their International Women Day Seder, please click here. For now, we leave you with some beautiful pictures and, hopefully, a smile on your face. 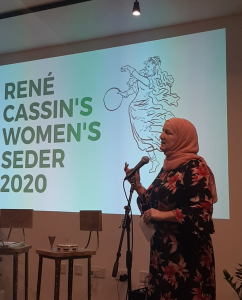 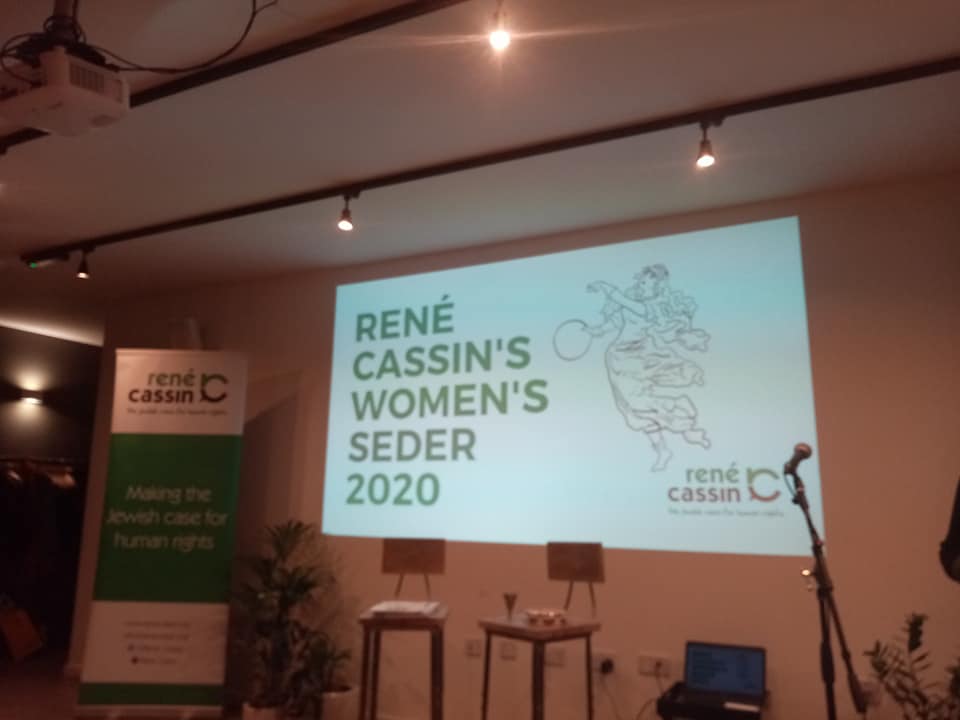 International Women’s Day is a global day celebrating the social, economic, cultural and political achievements of women. The day also marks a call to action for accelerating women’s equality.

International Women’s Day (IWD) has occurred for well over a century, with the first IWD gathering in 1911 supported by over a million people. Today, IWD belongs to all groups collectively everywhere, and Nisa-Nashim makes sure to be a part of it every year.

In London, an international Women’s Day Rally and march was organised, with the focus being on climate justice and gender justice, considering that women and girls are disproportionately affected by the impacts of climate change.

We attended the march and the rally in Southbank, where we heard from leaders in the women’s movement like Helen Pankhurst, Sandy Toksvig and Bianca Jagger. During the event we also heard from scientists, politicians and campaigners, we listened to women who are directly affected by climate change, and we enjoyed the wonderful voice of  Emily Sande too (some cheeky selfies of Julie, Lindsay and George with her to follow).

We left, at the end of the day, with a sense of urge and the feeling that there is so much to be done, but also with the contentedness of knowing that we were there together.

Here are some pictures of our wonderful experience! 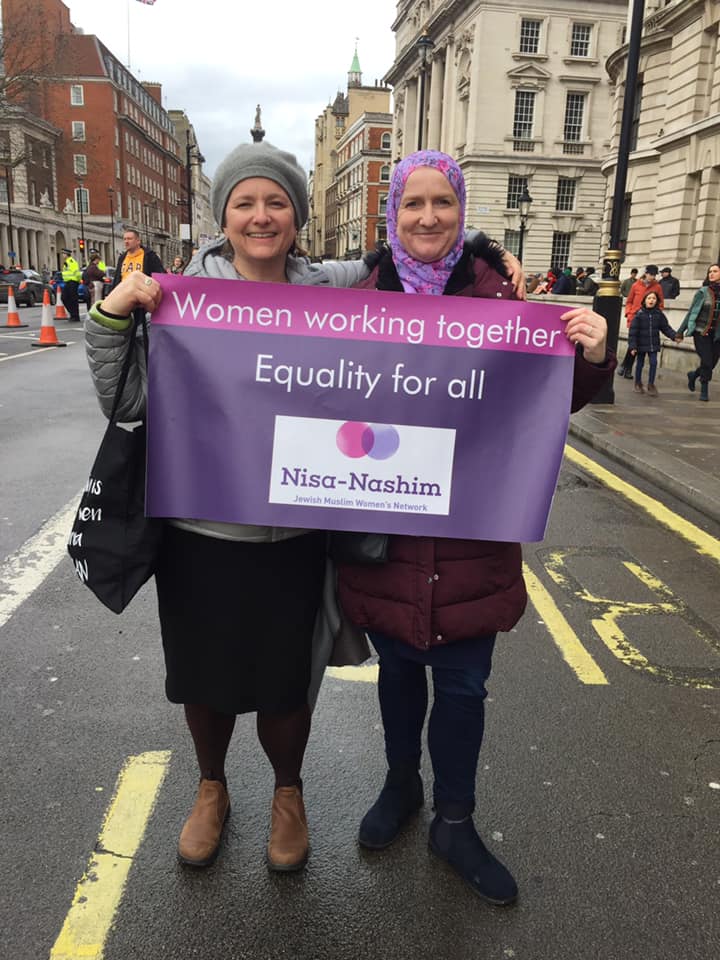 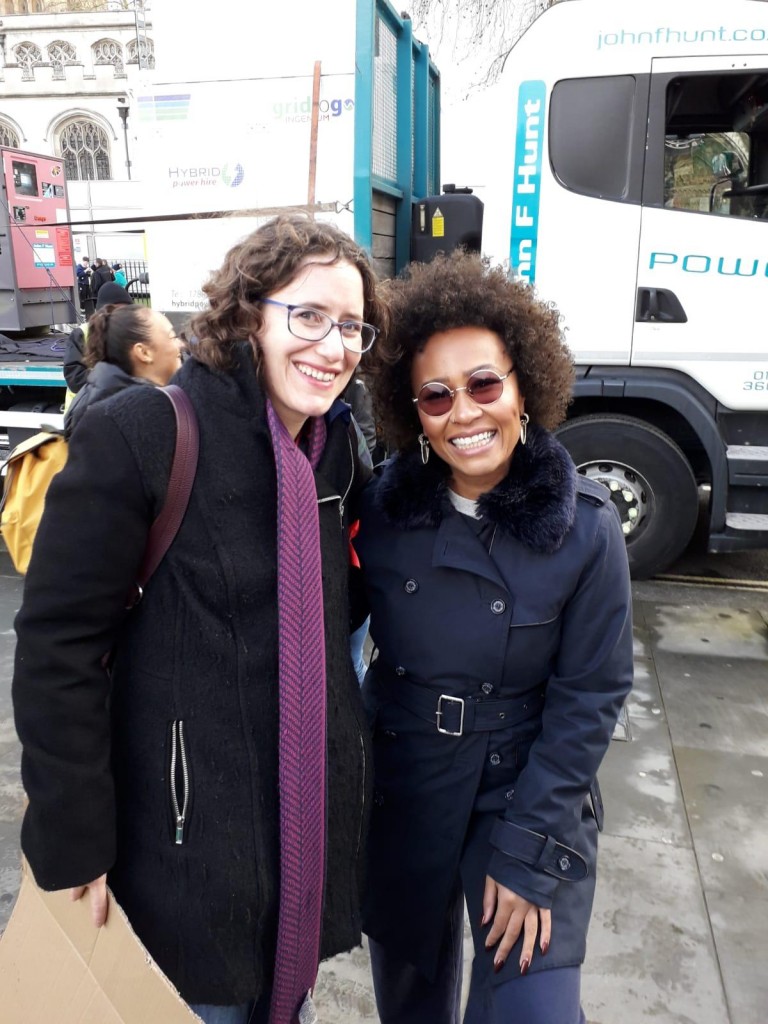 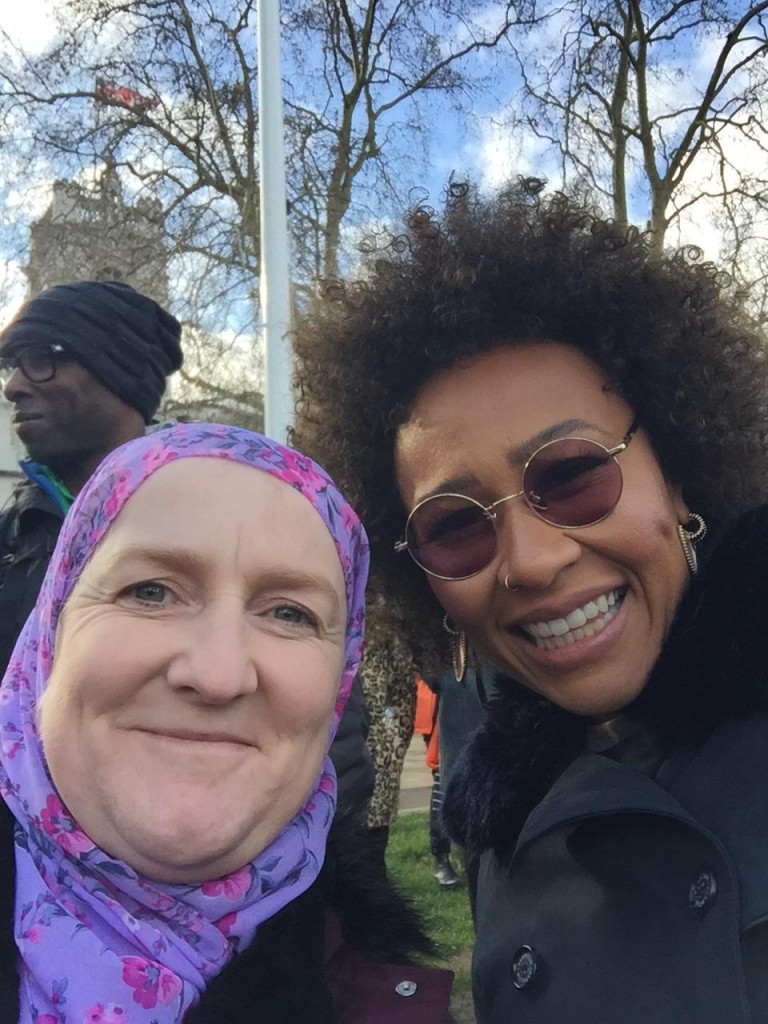 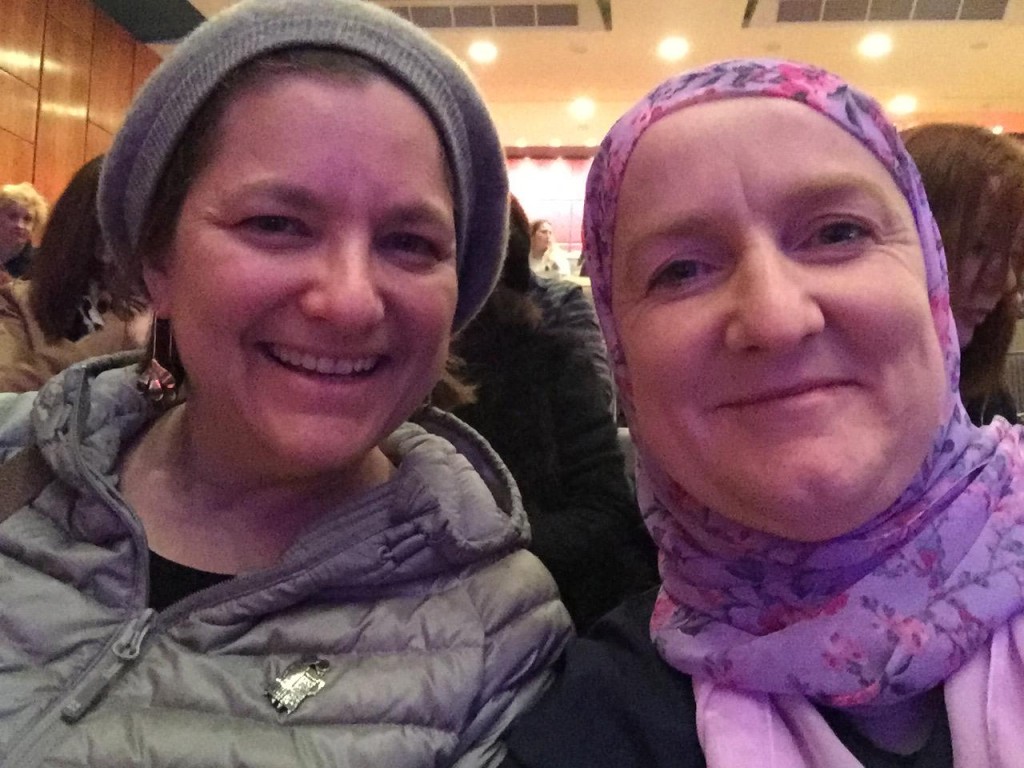 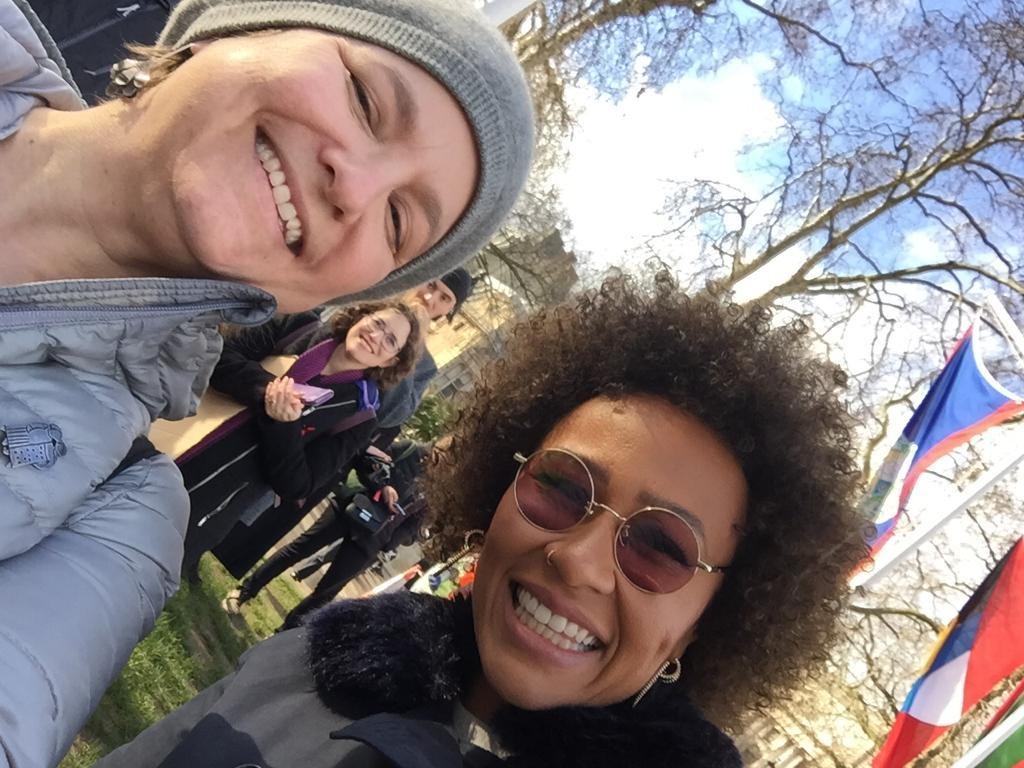 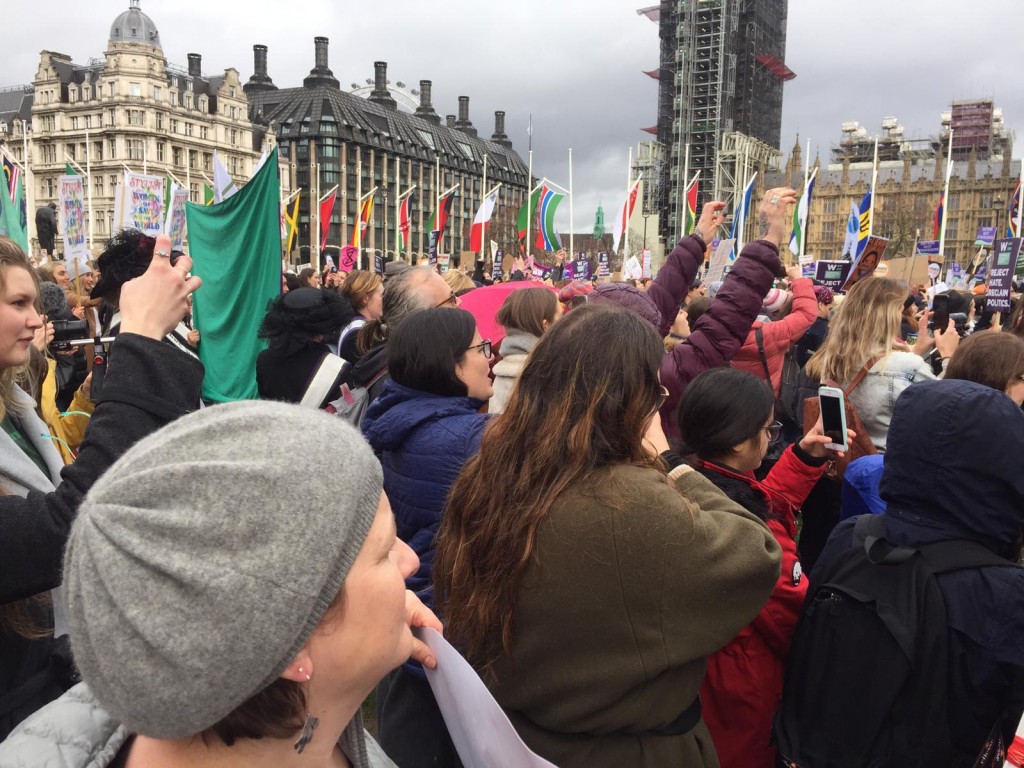 Also other Nisa-Nashim groups around the country did not miss the opportunity of being seen and heard for International Women Day.

Shahada and Caroline on the other hand, co-chairs of the North East group, spoke at the Durham University’s IWD event. They discussed their work with Nisa-Nashim and why women are at the forefront of bringing positive change in the world. They were joined by other members of their group, who went there to support them. They sent us some pictures and it is our duty to share them with you all. 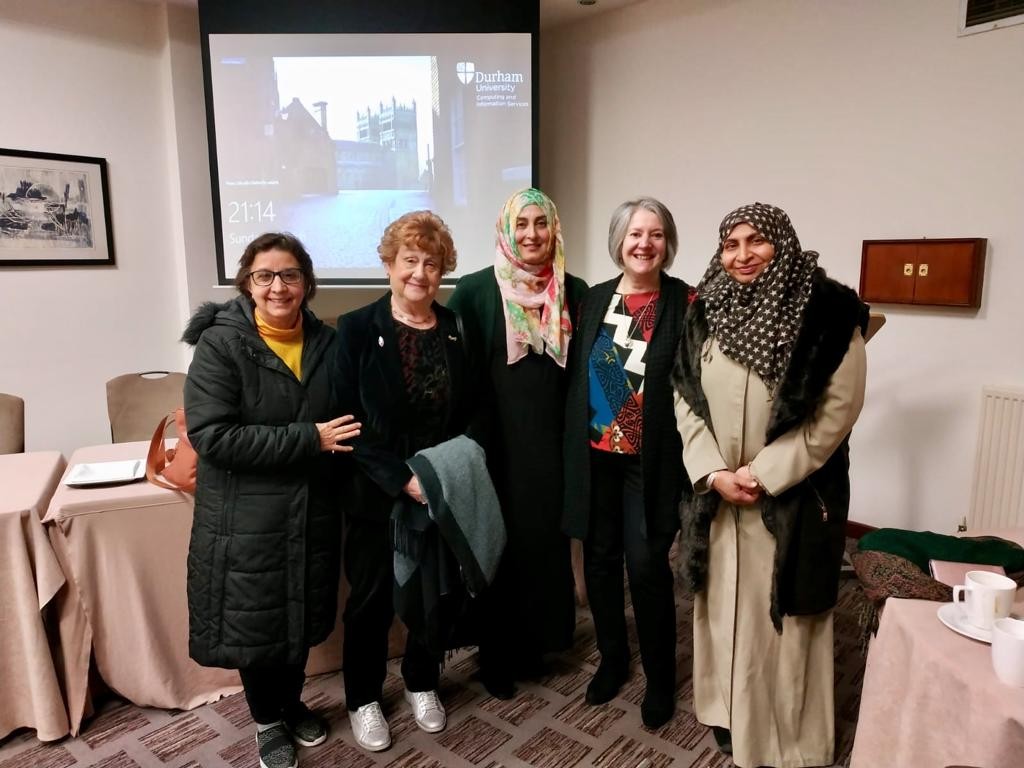 Nisa-Nashim at the New Horizons Conference

Nisa-Nashim participated at the New Horizons – British Islam Conference 2020. Julie, Liz, Anna and Laura  were all there, looking great!. It was a full on day of sessions, networking and challenging ideas. Liz and Laura ran a session on why being Jewish \ Muslim allies is so difficult.They also tried to explain Muslim antisemitism and Jewish anti Muslim hatred and how Israel/Palestine fits into this. Highly challenging. We are so proud of our team and of all our wonderful women and allies! 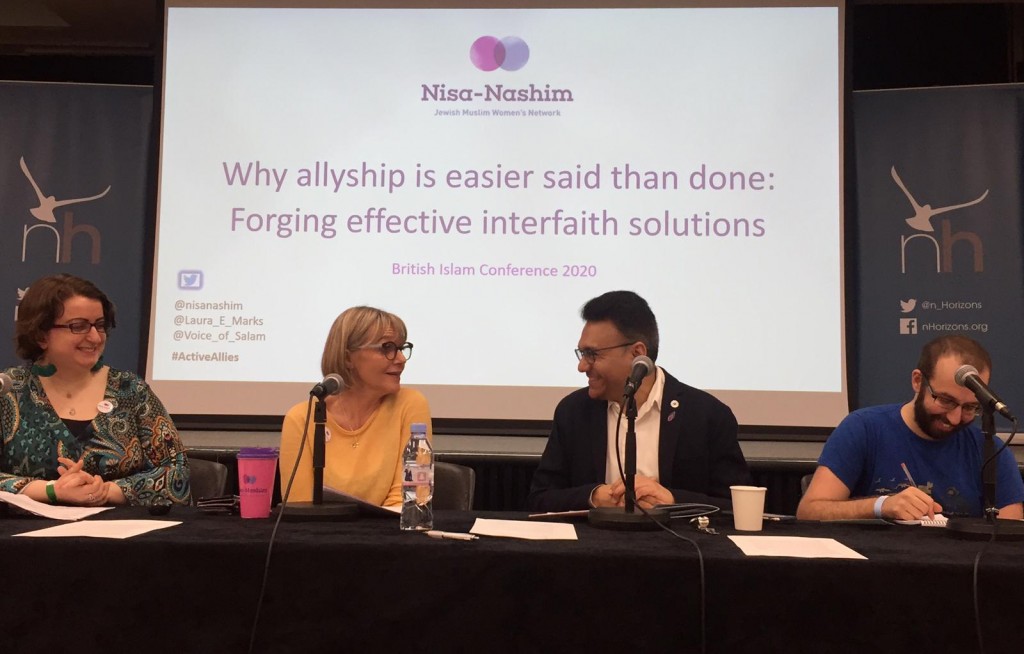 Nisa-Nashim Leeds hosted a story telling event and it looked wonderful! Ruth and Afreen spoke about […]

Nisa-Nashim Midlands Had a Bookclub Meeting!

Our Nisa-Nashim West Midlands had a lovely book club meeting! They shared their favourite poems […]

A Tu B’Shvat Seder in Harrow