What happened during Ramadan

In the holy month of Ramadan Nisa-Nashim members hosted and participated in some wonderful Iftars all over the UK. It was a very busy and exciting month for us and here is a wrap up of what happened!

Nisa-Nashim organized a lovely Interfaith Iftar at the Jewish Community centre JW3 in Golders Green. Many Muslim and Jewish Women (ok, some men were there too) came together to end the fasting day, talk, laugh and celebrate as one. Delicious dishes, smiles and a powerful drive to keep changing society for the better were the ingredients for a very successful evening. 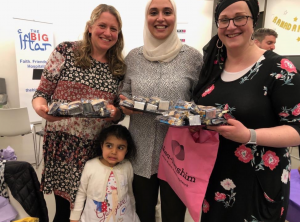 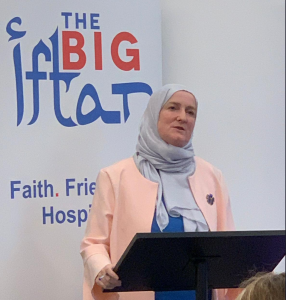 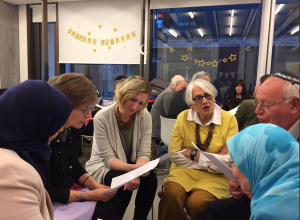 In this picture, our very own Julie Siddiqi tells the story on how she co-founded ‘The Big Iftar’ project 8 years ago, and how far it has come, with always more people involved in what once seemed almost impossible. 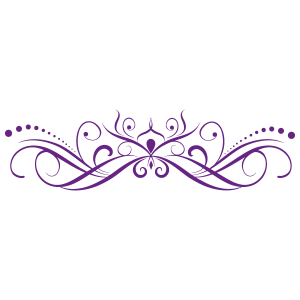 We also have great news to share from South West London. Adele and Farida, the co-chairs of our Nisa-Nashim South West London group, were invited to attend a beautiful and inclusive Interfaith Iftar organised by Muslim Women of Merton.

Muslim Women of Merton  started in 2014 with the aim of empowering Muslim women to help in building bridges between people within their local community. Muslim Women of Merton believes, as Nisa-Nashim does, in  the positive impact of hosting interfaith gatherings to promote further social cohesion, and what better way to do so than with food and spirituality! 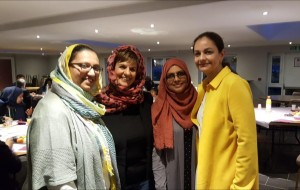 Here is a picture of Adele and Farida enjoying the Iftar. With them we see Siobhan Benita, a 2020 Mayoral Liberal Democrats candidate and a member of the Youth Violance Commission, and Hina Bokhari, a candidate in the 2020 Liberal Democrats London Assembly List and a mentor and educator.

The Nisa-Nashim group Manchester celebrated as well! They  enjoyed an Iftar hosted by Rebbetzin Tova Ellitov, sharing food, friendship and facts about fasting in both faiths. 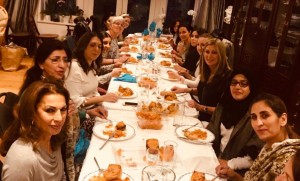 Many Nisa-Nashim members, co-chairs and trustees, including Julie and Laura, attended the fifth annual Interfaith Iftar at the Alyth Synagogue in Golders Green. The evening started with four workshop sessions: female heroines from Jewish and Muslim teachings, historical teachings of important figures, leadership among young people, and reflections on Jewish and Muslim prayer. The event continued with some delicious food prepared by Syrian refugee and chef Ahmad Abo Aziz, who has recently launched the catering company Aleppo Supper Club. Everyone broke the fast by eating a date, as is traditional, and then went on to eat “the best falafel ever tasted,” according to Ahmad! Here are some pictures of this very special night 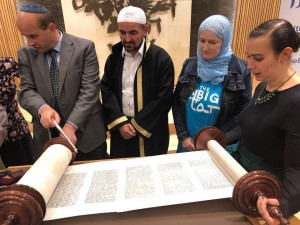 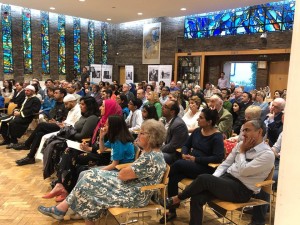 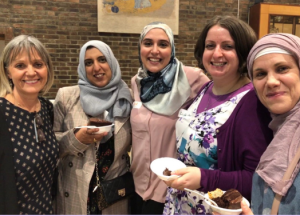 Our Nisa-Nashim Group Hertsmere co-chairs Leah and Sarah, hosted the most exquisite home made meal at their Iftar. 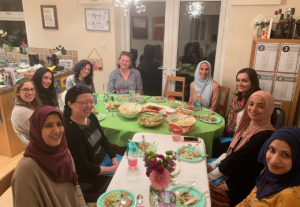 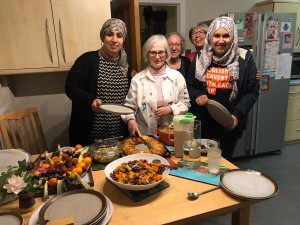 Our Nisa-Nashim Wessex Group organised an intimate Iftar at Lynda’s home. We are told the food was delicious! 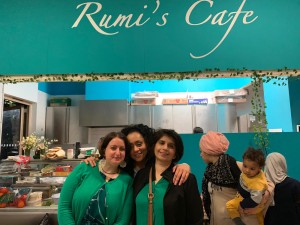 Several of our Nisa-Nashim Sisters and trustees attended the Interfaith Iftar at Rumi’s Cave in Kilburn.

The Nisa-Nashim Peterborough Group made themselves known at the Interfaith Iftar at Peterborough Cathedral. We heard great things about the evening! 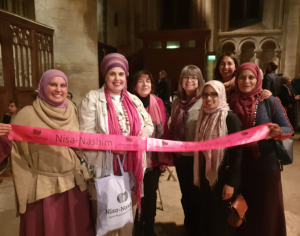 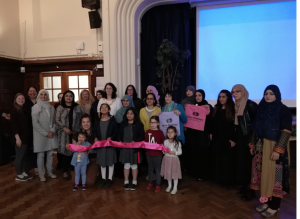 We are also proud to announce that our Nisa-Nashim Teachers’ Group, led by its co-chairs Rukhsana and Lenna, hosted its first event this year, with an inclusive Iftar at Leytonstone School.

Nisa-Nashim Sisters from our West Midlands Group attended the Women’s Interfaith Iftar, hosted by Birmingham Progressive Synagogue. We received enthusiastic feedbacks about the evening, and the smiles in the picture confirm what we have been told. 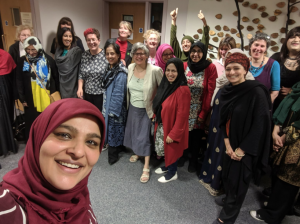 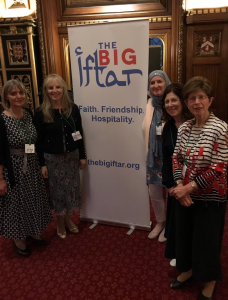 Nisa-Nashim trustees along with co-chairs from our Harrow and West Midlands groups represented Nisa-Nashim in The Speaker’s House in Parliament, an event co-hosted by the APPG on British Muslims, Muslim Aid and The Big Iftar.